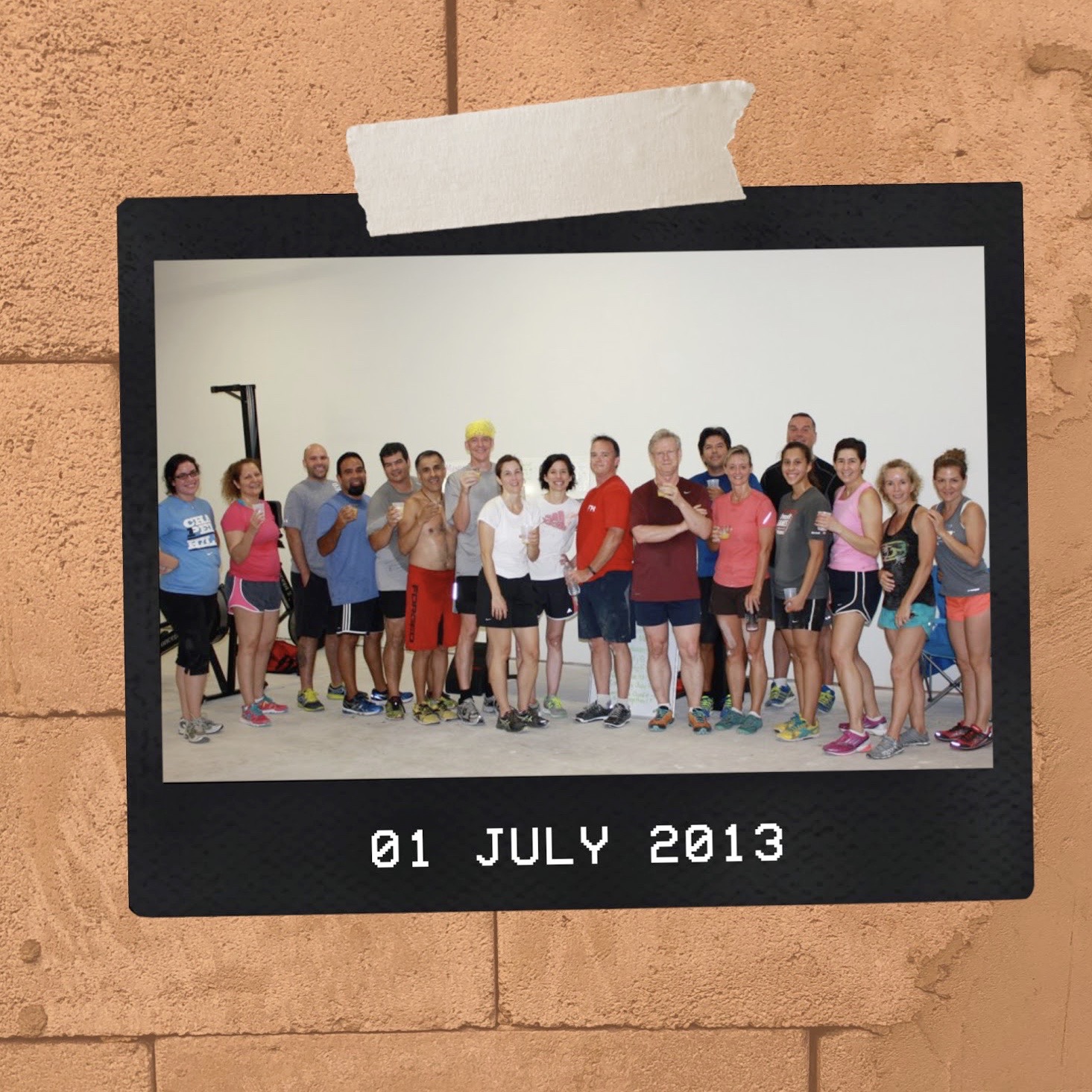 When the gym opened in 2013 and no one showed up for class, what kept Coach Mike and Coach Anjo going was their belief in CrossFit. What Optimists see now are the gym renovations and big classes but in 7 years ago there were many tough moments. From not having a location to sharing a space with Irish dancers and karate instructors, the journey hasn’t always been easy but it has always been worth it. In celebration of CrossFit Optimistic’s upcoming 7 year anniversary, Coach Mike and Coach Anjo share memories that make them laugh, cry, and cringe.

Coach Mike and Coach Anjo were ready to move into the space that would become CrossFit Optimistic. They had already signed the lease, paid first and last month’s rent, and their Rogue equipment was shipping to their location. It was a Thursday, and they were ready for Monday move-in.

The only problem- the leasing agents were still showing the space to other people. So Coach Mike revoked the contract and went into crisis mode looking for a new location. It was Friday when they met the owner of the space that would house their current location off Huebner road. They opened their doors as CrossFit Optimistic that Monday in the dance studio while their space was built out.

The Power of the Optimistic Community

When they split from Alamo CrossFit, the previous gym they had helped build, it was a difficult transition. It was a slow and organic process gaining members for CrossFit Optimistic and Coach Mike vowed not to poach members from their previous gym.

“When we opened CrossFit Optimistic and nobody showed- I just searched my soul and wondered- am I making the right decision? You just got to believe. You’ve got to believe in CrossFit, in what you’re doing, in serving people, in wanting people to be better. We believed and we just hung on for dear life.”

But then a few key Optimists stepped in, calling to check in on the Martinez family. Many long days and sleepless nights later, people heard about CrossFit Optimistic and joined our community. 7 years in, the journey has still barely begun, filled with many moments of laughter, tears, and triumphs.

Coach Mike and Coach Anjo scoured through old emails and photos to jog their memories from the past 7 years. One of Coach Anjo’s fondest memories is the time she competed next to elite athletes Julie Foucher and Kristy Atkins. Coach Mike shares heartwarming moments with Optimists from cards he has received to emails. You can listen to the full episode using the links above.

To our Optimists- if you have a special memory at the box, please share them with us at india@crossfitoptimsitic.com.