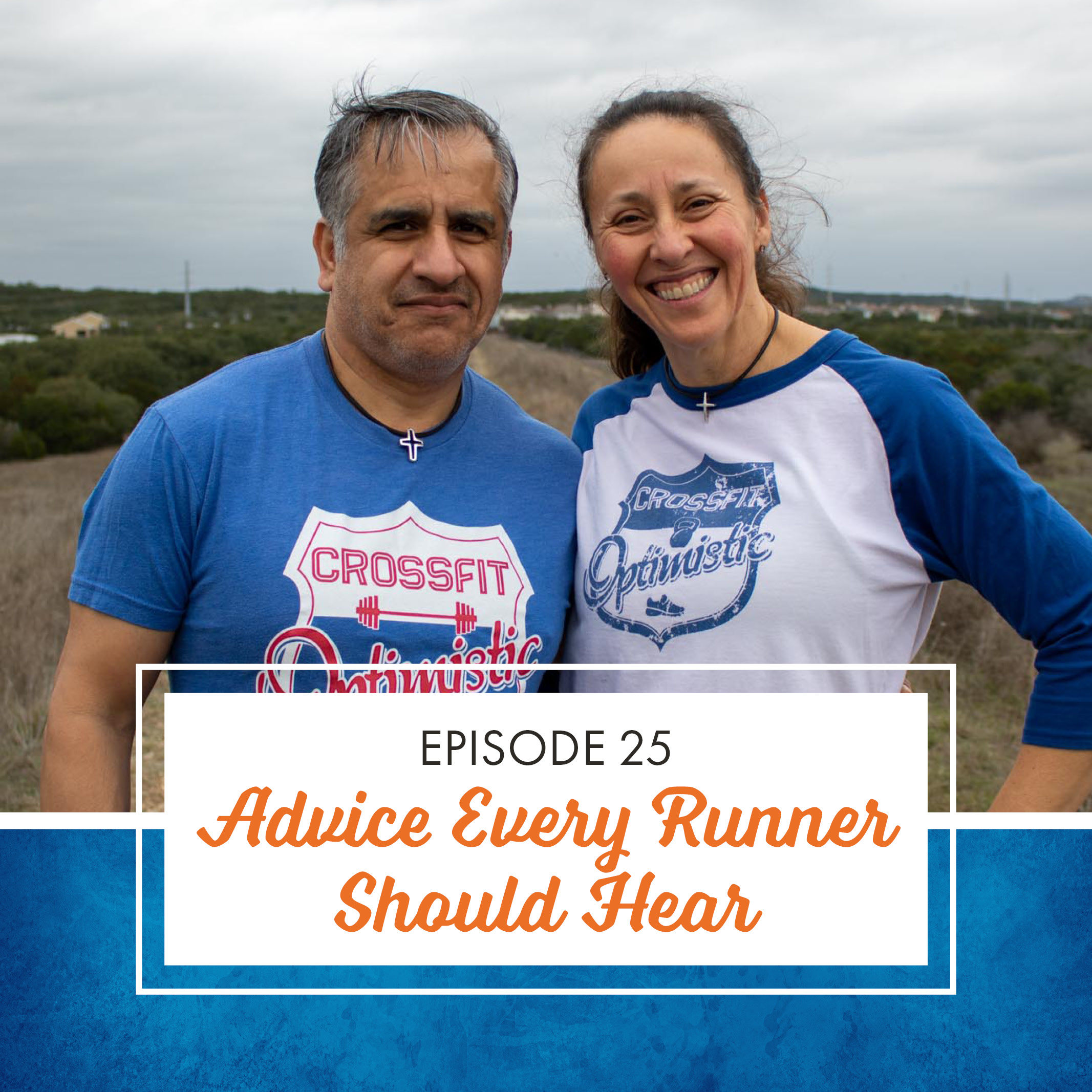 Coach Mike has been in a long term relationship- with running. It began with his dad making him run laps around his neighborhood as punishment, to running his first 10K race as a 3rd grader, to chafing his nipples in his first marathon while he was stationed in Germany.

In the latest episode of the Optimistic Podcast, Coach Mike shares the 3 types of runs he programmed for his marathon and half-marathon athletes, the 3 must haves you need to succeed in your training, and so much more.

The Long Term Relationship with Running

From a young age Coach Mike ran, but he only began to love it when he was a young man in basic training. He and a few others who were in basic training got a weekend pass to leave and run a race with their Company Commander.

Then when he was stationed in Germany his brother dared him to do a marathon. When he crossed the finish line, exhausted with chafed bloody nipples he only had one thought.

“When you finish your first marathon and cross the finish line, you’ll think one of two things.

His first thought when he crossed the finish line was that he could run it even faster next time! This led him down a path of racing- 10k, half marathons, full marathons, ultra marathons and adventure racing.

The Three Running Must Haves

Coach Mike has done so many different types of races and has over a decade of coaching experience. Through Coach Mike’s vast experience he has accumulated, he shared his three must haves athletes need in order to succeed in their training to make it to race day.

First, you need to have commitment. You have to commit to your goals and to the process. You have to have the intrinsic feeling to WANT to be a better runner and to do your best.

Second, you need a support crew. This could be your family, your spouse, or even a friend. You want somebody who is going to enable and encourage you toward your goals. That means that when it’s 5am on Saturday and you have to get up for your long run, your significant other isn’t going to say “sleep in” instead they will say “I’ll make the coffee so you can get your run in.” Without an awesome support system, you won’t have a fruitful train-up.

Third, you need good nutrition. During your training, you have to fuel your body properly.

Why become a Ferrari and put diesel in your car? You’re gonna ruin it!

If you don’t eat quality food, your running performance will suffer. If you are committed to reaching your goal (see point 1 again) then you will be mindful of the food you eat!

Coach Mike has been training athletes from anywhere from a 5k to half-marathons to marathons. He breaks down his training process with the 3 types of runs he specifically tailors to each athlete and the science behind each of those runs. Coach Mike explains the importance of running against traffic, ditching headphones, and his all time favorite races.

Find your race and training paces:

Coach Mike talked about Jack Daniels, an elite running coach, and his online running calculator. This tool is useful if you programming your own training runs to make your goal race time.