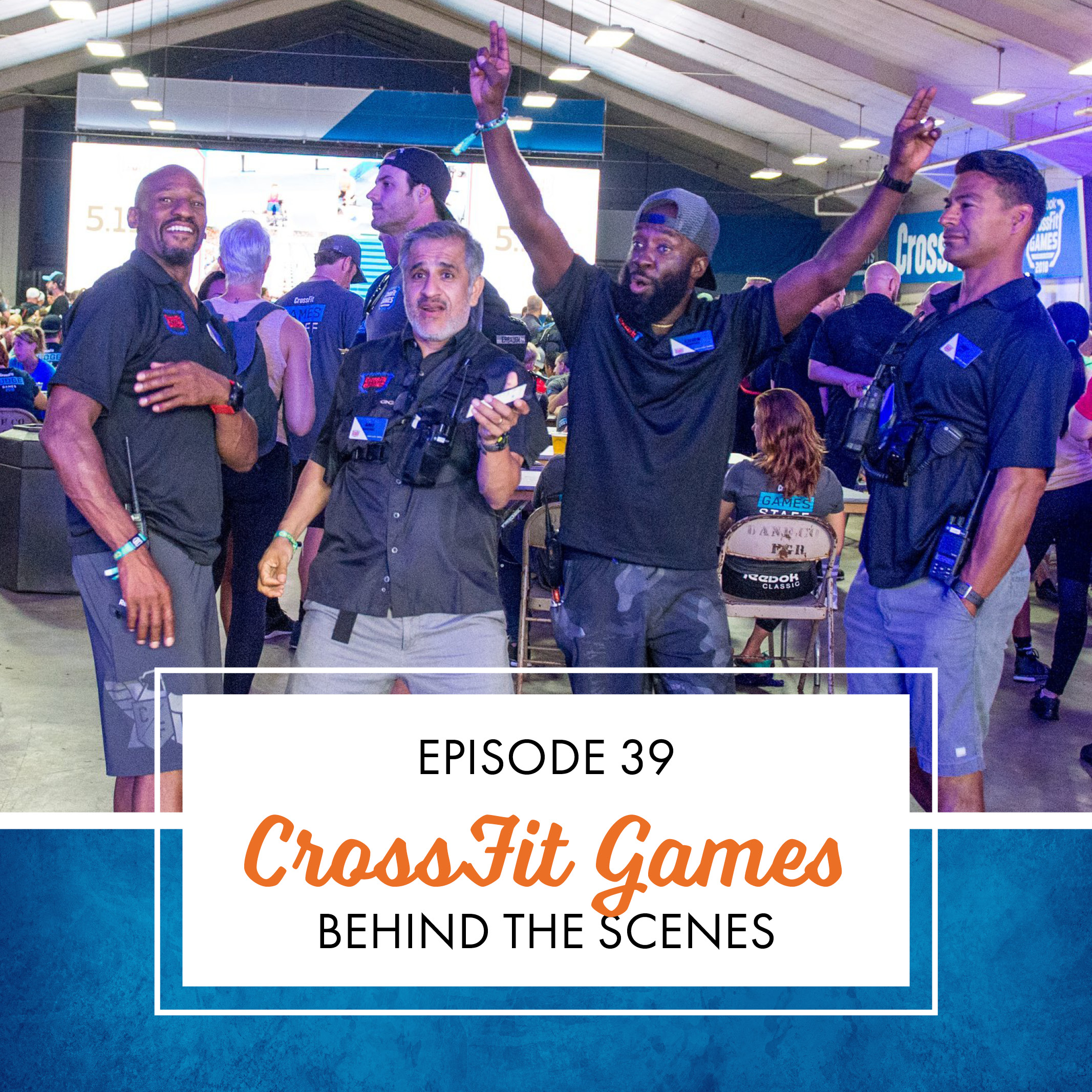 We see the athletes throw down at the CrossFit Games every year, but do you know what it takes to put on the huge event?

It takes manpower from hundreds of volunteers and staff. Coach Mike gives a peek behind the curtain on what it takes to make CrossFit Games run smoothly.

He shares the hard work and hours the volunteers put in, meeting famous athletes, and Coach Anjo test running the Murph mile course. Click the links above to tune in!

Under Pressure at the CrossFit Games

Coach Mike got the nickname “Magic Mike” when he worked at the CrossFit Games. Why? Because if you needed something in a pinch, Coach Mike would make it happen. So when a televised sprint event was about to happen, they needed spray paint to make markings on the turf. It was an hour till go time, so who you gonna call? Magic Mike!

Coach Mike gave his team the CrossFit credit card and directions to the closest Home Depot with instruction to get 10 cans of spray paint. Minutes away from going live with the sprint event, Coach Mike ran to give the competition team the spray paint. The spray paint was so fresh, one of the athletes complained that their cleats got stained with the orange fluorescent paint.

Coach Mike’s strangest purchase was back when the CrossFit Games was in Carson, California. Dave Castro’s assistant said Castro needed a 10 foot pole with a hook attached at the end.

Someone on Coach Mike’s team bought a long PVC pipe and taped a hook on the end. They delivered it to Castro, and spent the rest of the day wondering what he was going to do with it.

Along with the pole, they had also separately bought a basketball hoop for him. During an intermissions game, Castro had spectators doing free throws. When the ball got stuck on the hoop, it was too tall to reach so he popped it out using the pole with the hook.

More about the CrossFit Games

Coach Mike talks about the amazing team of volunteers, some of whom were Optimists, and Coach Anjo shares a few stories of her own- like meeting Brooke Ence. Coach Mike gives an inside look on CrossFit Games from getting to the venue a week before the event, the late nights, and closing down. To hear the full story, use the links above to listen!