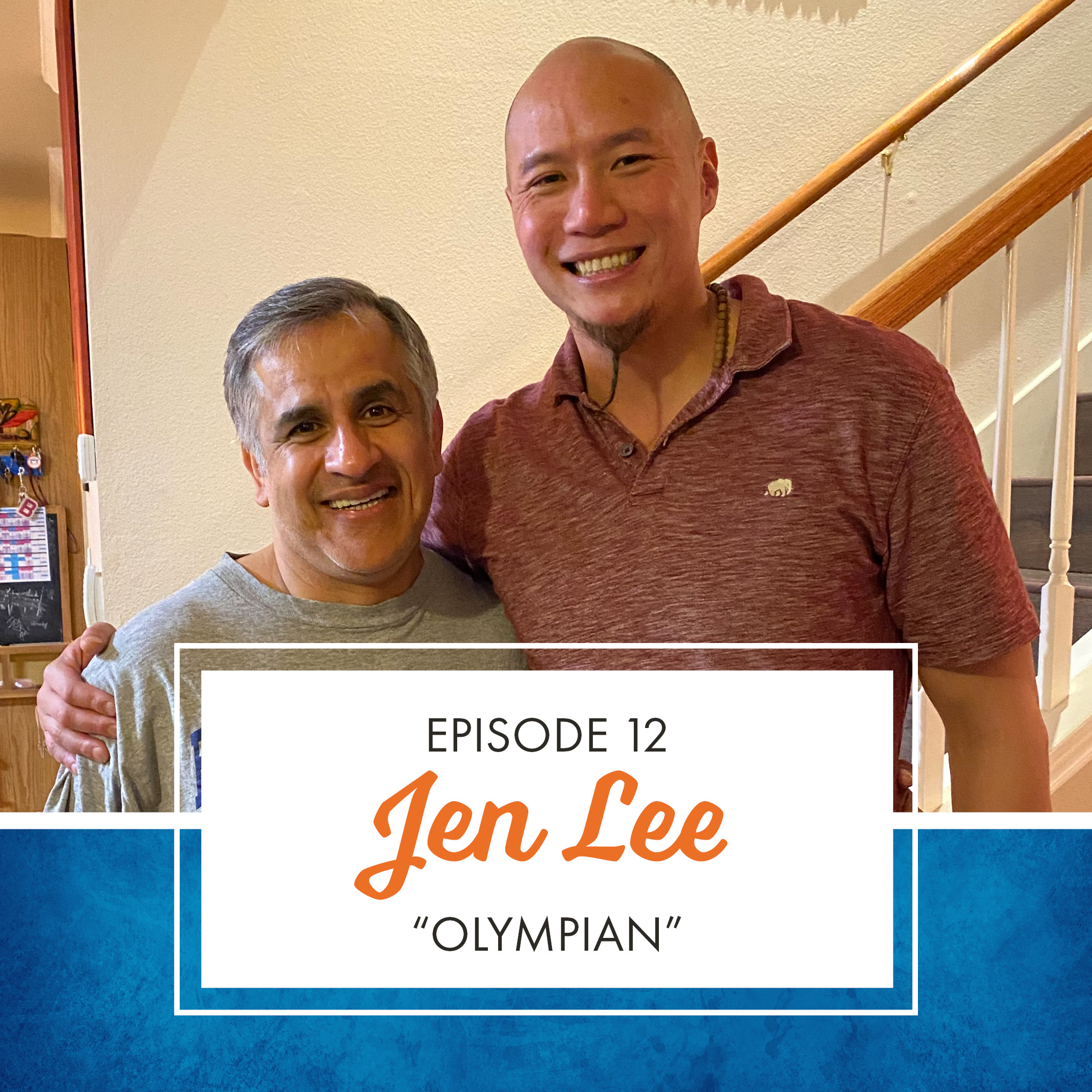 Jen Lee is a two-time Paralympic gold medalist. After a plate of Coach Anjo’s tamales on Christmas Eve, Coach Mike and Jen Lee got on the mic. He opened up about his life, from the accident that caused the loss of his leg, to finding sled hockey, all the way to winning gold. He’s humble, doesn’t take anything for granted, and is still a little uncomfortable with his nickname at the gym- “Olympian.”

Jen Lee was enjoying a motorcycle ride with a few of his buddies on Interstate 95. A beautiful Saturday. But that day on March 21st, 2009 his life changed forever. A car hit Jen Lee. He remained conscious on the scene and could hear people screaming.

Assessing himself, he thought he was fine until he tried to get up, only to find that his leg couldn’t support him. Two weeks later his left leg was amputated. After being transferred to Brooke Army Medical Center, he began his physical therapy and rehabilitation in San Antonio, Texas.

Through Alamo CrossFit, the precursor gym to CrossFit Optimistic, Coach Mike and Jen Lee met. Coach Mike and his brother taught a free adaptive CrossFit program for wounded warriors who were rehabilitating at CFI, Center for the Intrepid, at Brooke Army Medical Center.

“What we love about this type of sport, about CrossFit, is the way you can modify and adapt and the different ways you can exercise.” – Jen Lee

Jen Lee learned how to do all the CrossFit movements, just with a different center of gravity. He realized through CrossFIt everything his body was capable of doing, and it wasn’t a matter of IF he could do it- it was HOW he could do it.

Jen Lee’s story doesn’t end with CrossFit- it has only just begun! Jen Lee used CrossFit to become a better, faster, stronger athlete on the ice for sled hockey. Little did he know that sled hockey, the therapeutic activity to get out his anger, would lead him to earning a spot on the USA paralympic sled hockey team. To hear about the journey to team USA and winning gold twice- tune into the podcast!