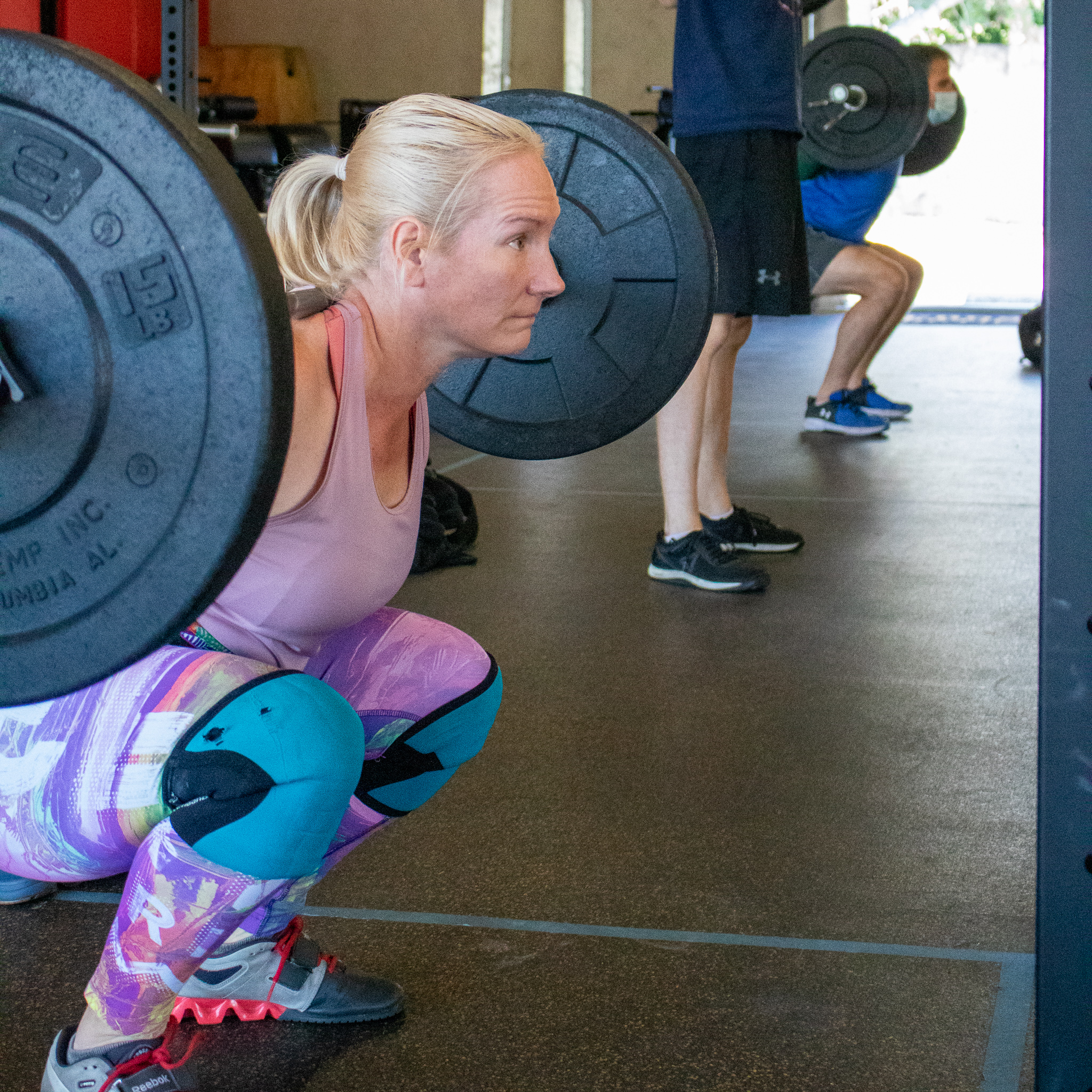 Haven’t read Part I? You can catch up on Just Squat: Back to the Basics Part I and then head back here to read Part II.

Now that we are set up it’s time to squat. Prior to beginning the movement phase of the squat be sure to keep your head up. Then fix your eyes on an object right in front of you just above parallel. Avoid the urge of looking down at the ground or looking up the ceiling.

Initiate the squat with the hips descending back and down. As your hips are descending it’s vital that you remain tight in the midsection. Think of yourself bracing in your midsection as if someone was going to hit you in the stomach. That’s how tight you should be throughout the squat range of motion.

Lift your arms up and in front of you as you descend. Raising your arms assists you in keeping your chest and back elongated and your lumbar curve/spine in a natural neutral position throughout the entire range of motion.

Continue to pull yourself down into a position below parallel. Below parallel is defined when the crease of the hip is below the top of your knee. Once you are below parallel you are at the bottom of the squat.

To initiate the ascent activate or “squeeze” the glutes and the hamstrings as you take the same path up as you did down. Your feet will remain in the exact same position and you’ll apply pressure to the outside of your feet as you drive up. Once at the top of the movement stand tall like a superhero with your hips at full extension. Your squat is done.

For part three of the series we are going to look at common faults, corrections and therapies.