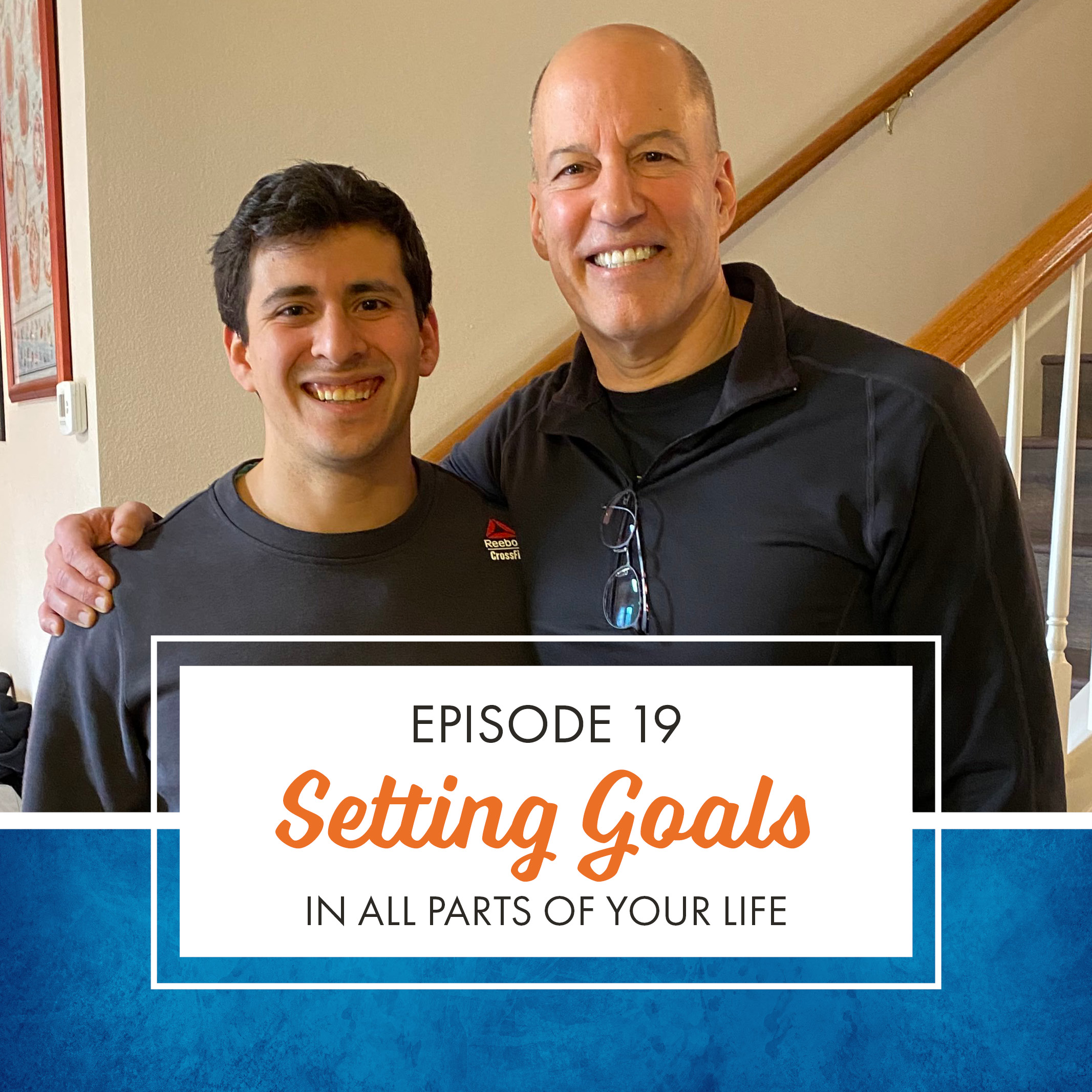 David Lovelace talks about how he uses goal setting in all facets of his life – spiritual, family, fitness, and business – and how setting goals has helped him achieve his dreams of getting a muscle up and getting his instrument rated pilot license. Behind the CrossFitter who works out at noon Monday through Friday is a businessman who has been everything from a Subway shop owner to “the gringo in charge” at Las Palapas to Fuego Tortilla Grill, a staple restaurant for all Aggies in College Station!⁣

When David Lovelace met with his doctor, he essentially recommended David try CrossFit without saying the word “CrossFit”. After a little searching David found out CrossFit Optimistic was right around the corner from his house, and at 60 years of age, began his CrossFit journey.

After bumping up his routine at the gym from three times a week to five times a week, he began to set his sights on a goal: getting a bar muscle up. He began focusing on getting the strength, technique, and visualizing himself achieving his goal.

“No one was more surprised than me when I got my first muscle up. I felt like my CrossFit life was fulfilled.”

Now he is five years into CrossFit and he hasn’t let up since. He is a Monday through Friday staple at the noon class and has no plans on stopping now!

David Lovelace is a focused goalsetter. He sets goals in all aspects of his life, starting with his spiritual goals, then family, fitness, and business. He begins by writing down the person he sees himself becoming once he achieves these goals. Most importantly, he visualizes himself achieving his goals and reflects on them daily.

Using his goal setting method, he is able to do bar muscle ups and has become an instrument rated pilot. Although he now has his license, he reflects on how he did not create a goal on how he will use it for the future. He also explains that if a goal “doesn’t have life to it” then he gets rid of it.

This is just the tip of the iceberg with David Lovelace. David tells us about how he got into the restaurant business that took him from being a Subway shop owner to working the Las Palapas chain of Mexican restaurants in San Antonio to now Fuego Tortilla Grill. They have three Fuego locations, one of which is in College Station. As Aggies, Coach Forrest and India can’t rave enough about Fuego. You can hear all about it in the episode. Tune in using the links above.