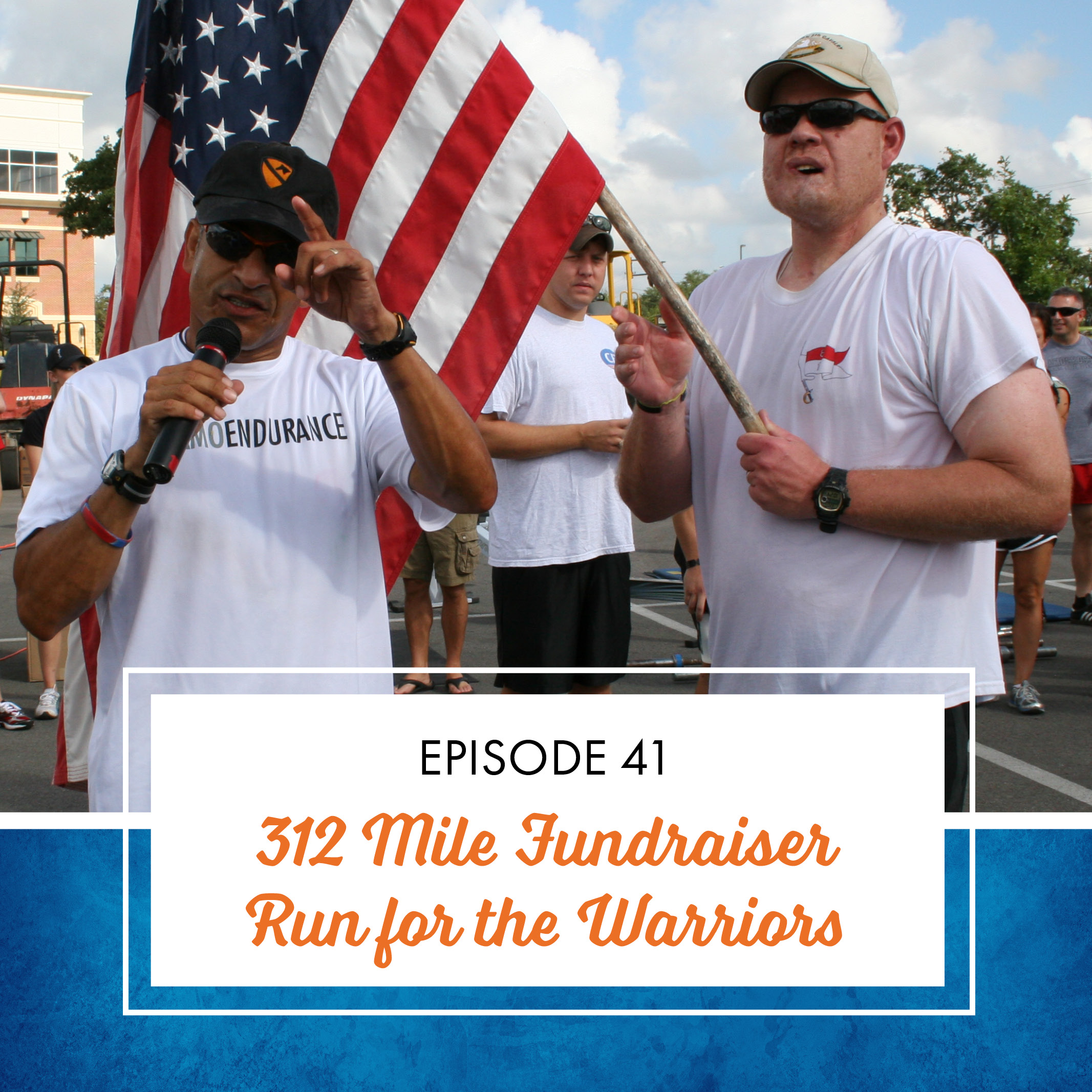 10 years ago I began “Victory 400,” a 312-mile run from Fort Worth to San Antonio to fundraise for wounded warriors. The idea for a fundraiser benefiting our servicemen and women weighed heavily on me for years. Once I pitched the idea the only stipulation was to utilize CrossFit as my strength and conditioning modality as I trained for my run. Ok, done deal. ⁣After Victory 400 the plan wasn’t to be a CrossFit Coach… let alone open my own gym a few years later.

During my 9 day run, I blogged and vlogged each day. In my final blog post the night before the last leg of the run, I shared who the race was for- the warriors.

The night before the final leg of the 312-mile run: It’s not about the bike… or the medals

Two of my extended family members (Army and Iraq brother and sister) supported me today. Both have deployed a cumulative 5 times since 2002. Daniel and Michelle Ramos. We got caught up since the last time we saw each other. Dan had a tough time during his last deployment. Company Commander leading Soldiers. He shared quite a few stories with me. All too familiar.

I asked Dan if he received an XYZ medal. I should have known that Dan’s answer was it’s not about the medals (or “salad” for those old timers, as in mucho colorful medals on your chest). The answer was simple. We both knew the answer. See folks, our nations finest “get it”. They understand it. It’s not about the medals but serving your country, the journey, the memories…..the PEOPLE. Serving is about people. What he holds dear are the emails, those phone calls or just a simple “great job sir” from one of his Soldiers. You can’t wear that on your uniform but you can sure as hell wear it underneath.

That reminds me of a good ole 1/8 CAV medic I had the privilege of leading. SPC Kacoroski. Call him Ski. Ski was an outstanding medic, physical fitness stud and good looking man. The full package. After Iraq you keep in contact with a handful of folks but most go their own way, new assignments or civilian life. In May of 2006 while stationed at Fort Sam Houston guess who gave me a call? Yeppers, SGT Ski.

He just won the 2006 United States Army Best Medic Competition. He competed against the Army’s top medics throughout the force. Special Ops, Rangers, Conventional forces, etc. Ski won.  He was hoping to see me that night. Of course brother. We meet for dinner at Outback Steakhouse. Ski was friggin’ fit. You know what Ski said to me? “Sir, it is because of you that I started running. Without running I would not have won that competition.” I wear that medal proudly.

Ski went his own way, I went mine. In 2009 my phone rang again. Guess who?  Cadet Kacoroski. Ski was in his last semester of College at Pacific Lutheran University. Art was Ski’s gift. His graduating piece of art is the next picture below. And I quote “Still in Washington, going to school at PLU and doing ROTC. This coming May I’ll be done with school. I’m an Art Major of all things. This is a piece I’m working on in Honor of Burk, Odums, and all the men and women we’ve lost over there. It’s not finished yet, I’ll send you a pic when it’s complete.” 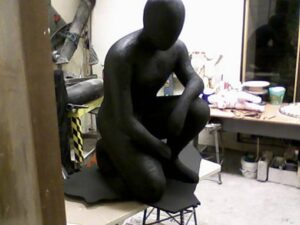 I know brother, I know. Only the Medics.

Victory 400: For the Warriors

Ski would later ask me to administer the oath of office bestowing him a Commissioned Officer of the United State Army. Angelina and the kids made the flight to see me bring this outstanding Soldier into the ranks as an Officer in the United States Army. You can see the great young man below. My inbox had a message from Ski last month. He is off to RANGER school. Brother, I do wish you luck and godspeed. I have a few medals that no one will ever see. 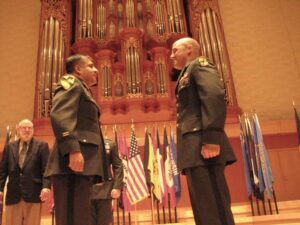 Come to think of it. I know of another Warrior that has some medals he wishes he didn’t have. His name is SFC Karl Pasco. Fellow Mustang and two time Purple Heart recipient. Some of you may know SFC Pasco. He spoke at our Victory 400 launch party at Auden’s kitchen a few months back. Great, great American. Never complains, never moans…just keeps Soldiering on. I wonder what his eyes have seen? I’m not posting a picture of SFC Pasco. You will just have to come out and watch him run in with me to HEB at the Alon tomorrow. Tomorrow is for your Karl. I love you like a brother. Lace ’em up brother, we are taking Victory 400 home and I’m picking a fight baby and bringing 40+ Alamo Crossfitters who got your back….a fight gone bad. For Alamo Crossfit. For our tribe and FOR THE WARRIORS.

Mustang 27 ancient signing off the net. Out.

The Last Day of Victory 400 running with Alamo CrossFit