Meet the Coaches of CrossFit Optimistic

Our coaches may have different backgrounds but they all share the desire of making our athletes better. Every coach has at least one coaching certification.
Read more about our coaches and the certifications they hold by clicking below. 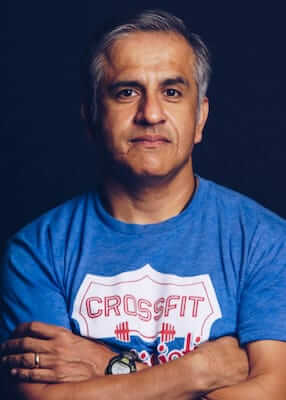 Mike is the owner of CrossFit Optimistic. Mike spent 13 of 18 years on active duty and is continuing his service as a Medical Service Corps Officer in the Army Reserves. In 2004 he completed one tour of duty in Operation Iraqi Freedom II. Prior to opening CrossFit Optimistic Mike was a special projects leader for a global contracting company and oversaw the implementation of combat computer-based systems for the Armed Services. When not CrossFitting, you will find Mike spending every second with his wife, four kids, their dogs (Ren and Blue) and listening to 80’s music. Mike ensures the lights are on, workouts posted, gym swept, bathrooms cleaned and makes it his personal mission when you walk out our doors you left one step closer to reaching your fitness goals. Mike holds a B.S. in Kinesiology from the University of Maryland at College Park. He holds the CrossFit Level 1, Olympic lifting, Rowing, Kids and Endurance certifications. Mike is also a USA Track and Field Level 1 coach. Coach Mike can be reached at mike@crossfitoptimistic.com 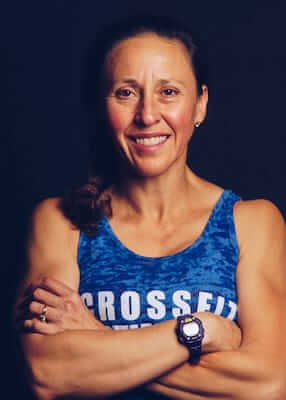 Angelina is gym manager at CrossFit Optimistic North Central. Prior to her CrossFit journey Angelina worked in the biotechnology field as a Senior Quality Engineer. She and her family left the Austin area to move to San Antonio in 2010. CrossFit Optimistic is an extension of her family, developing strong relationships and building a more fit San Antonio. Angelina is married to Mike and together they have four kids, Forrest, India, Sierra, and Maya. Angelina graduated cum laude with a B.S. in Chemistry with a minor in Mathematics from St. Mary’s University here in San Antonio, Texas. She holds the CrossFit Level 1 and Level 2, Olympic lifting, Rowing, Kids, Endurance and Mobility certifications. When not CrossFitting you’ll find Angelina spending every minute with her kiddos. Coach Angelina can be reached at angelina@crossfitoptimistic.com 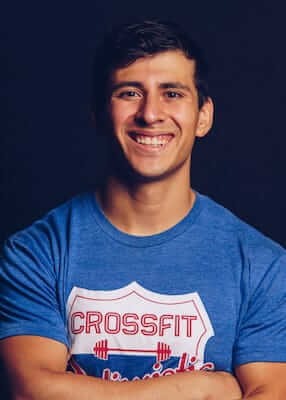 Forrest is a loud and proud Texas A&M graduate, Class of 2018 with a B.S. in Chemistry. The oldest child and only son of Mike & Angelina Martinez, Forrest has been CrossFitting for nearly ten years and has been a coach for the past six years. He has greatly enjoyed being part of the international CrossFit community through volunteering at several CrossFit Regionals and CrossFit Games events. Forrest puts the optimism in CrossFit Optimistic! When he's not coaching, he's at home spending time with his favorite cat, Mars. He holds the CrossFit Level 1 Certification. 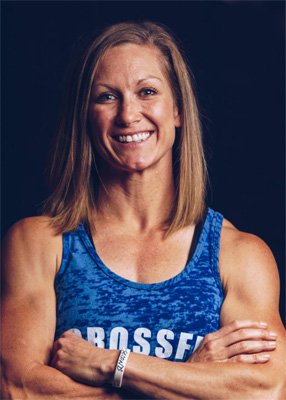 Coach Kyla's areas of interest and expertise are as diverse as CrossFit itself. Prior to finding her love for the camaraderie and community inherent to the CrossFit world, Kyla was a professional golfer and golf instructor. After several years of golfing, she left behind her 9 iron to start a family. This interest initially lead to the world of marathon running, but this focus shifted in 2013 when her sister introduced her to CrossFit. She quickly bought into the culture CrossFit offered and found a new love in competing. By early 2014, Kyla found herself at home on the team representing CrossFit Abilene, which competed in the South Central Regional in 2014. Since that time, Kyla's affinity and appreciation for the community has only deepened: Kyla holds her CrossFit L1 and L2 Trainer's certificates and has been actively coaching at several boxes across Texas. Whens she's not coaching classes at CrossFit Optimistic, you can find her on the baseball field with her two boys or outside, surrounded by family and friends, putting her functional fitness to use. 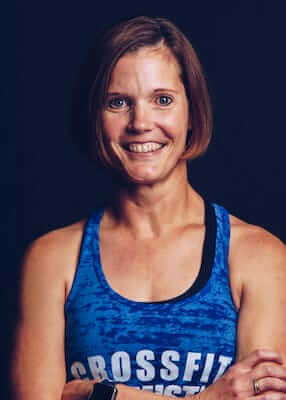 Lesley has always had an inherent love for sports and fitness. She participated in sports from an early age and stayed active throughout her high school and college years. Bored with the “globo-gym” scene and searching for something to fill the void, she happened upon Crossfit in early 2008. She immediately developed a great fondness for the sport and the challenges it presented. Several years into her own Crossfit journey, she realized how fulfilling it was helping others push past their limits, watch them grow, realize their potential, and achieve their dreams! She went on to obtain her level 1 certification in May 2017 and has been coaching ever since. Lesley graduated from Texas A&M University in 1997 with a Bachelor of Business Administration majoring in Management of Information Systems. She has 22+ years’ experience working in the Telecommunications industry as Software Engineer. Outside of work and Crossfit, she loves spending time with her husband, son, and 4-legged child, Audi. Your body is an amazing machine. Use it, challenge it and discover how awesome it truly is. 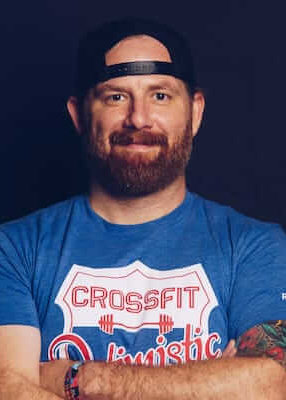 It wasn’t long after Coach Josh discovered CrossFit in 2010 that he decided, after a little gentle nudging from a mentor in the community, to get into coaching. By 2011, he was an instructor who recognized the life-changing potential CrossFit offers to those who commit to it. He’s found significant positive impact, both physically and mentally, on his life and enjoys sharing that impact with others. A CrossFit Level 2 Trainer, Coach Josh played collegiate baseball and quickly fell in love with the competitive nature of CrossFit. He is the competition director for the CrossFit Games South Regional, a position he’s held since 2012. Though his favorite CrossFit WODs include a barbell (and when it’s barbell exclusively, it’s THAT MUCH BETTER), Coach Josh has committed to spending more time working on metcons and not cursing body-weight movements while in the middle of a workout. He’s even been caught smiling at the top of a bar or ring muscle up. Outside of CrossFit, there are several things that occupy Coach Josh’s time. He’s married to his best friend, Ashley, who always supports his mad CrossFit Adventure — sometimes grudgingly. They have two amazing daughters, who seem to nearly always be involved in a love-hate struggle (Spoiler alert: Love (almost) always wins!). He also owns Barrel House Beard Co., a company that has been making men’s manes supple and sexy since 2014. And in case you didn’t know — because his social media is all about CrossFit — Coach Josh is a full-time senior reporter at the San Antonio Express-News, where he writes mostly about City Hall. 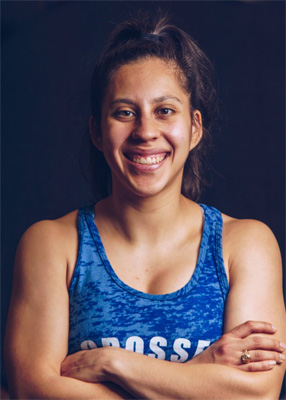 India is a proud graduate of Texas A&M University class of 2019 and former member of the Corps of Cadets, Company I-1. She holds a BS in Biology but found her passion doing digital marketing, social media management and is now learning web design. Growing up with CrossFit Optimistic, the community has become a second family, and CrossFit is not just a workout, but an important part of her life. During her free time, India can be found spending time with her two younger sisters Sierra and Maya and two dogs Ren and Blueberry. 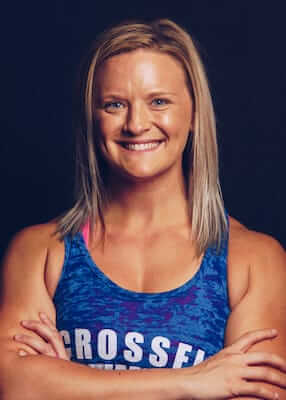 Tori, a pediatric Speech Language Pathologist by day, has been an avid crossfitter since her first class at CFO in July 2016. Introduced to Crossfit by her 9-5 bosses, she quickly became a fan of the culture and community the sport fosters. Since starting Crossfit two years ago, Tori has found her way into a few individual and team competitions, but gathers the greatest joy in being surrounded by dedicated, like-minded individuals. Coaching became a way for Tori to help others meet their goals in the same way that her now-fellow CFO coaches helped her meet hers. Tori holds her Crossfit Level 1 Training Certificate.