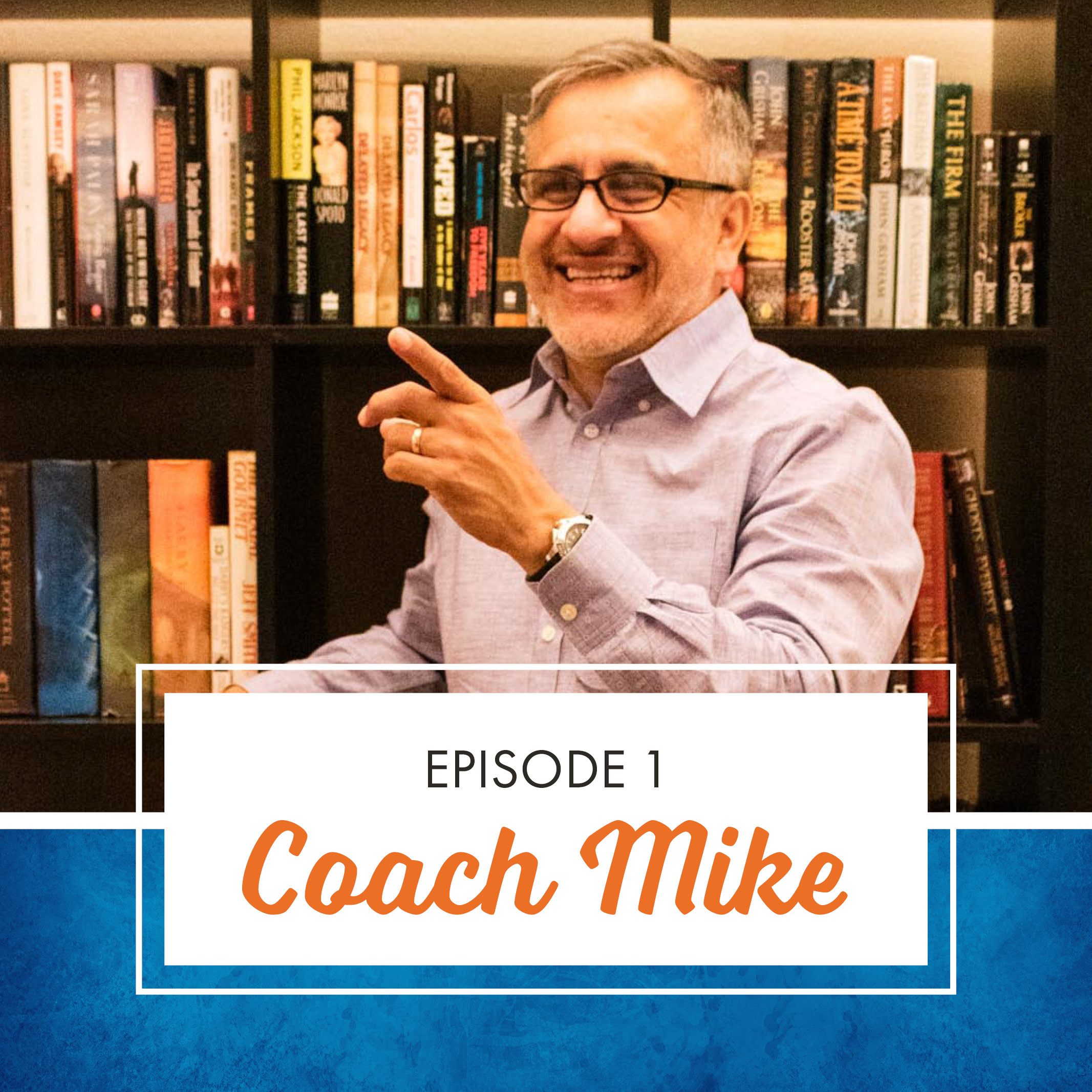 Forrest gets to sit down and talk to his dad, Coach Mike, husband, father of four kids, and owner of CrossFit Optimistic. Coach Mike takes us back to the ‘80s when he realized his life was going nowhere in El Paso. Reflecting on parenthood, his military career, and his calling in CrossFit, Coach Mike shows that growth and learning is a lifelong pursuit.

Growing in El Paso, Mike wanted to emulate the close relationships between his friends and their families. Seeing Joey Golf with his parents influenced how he wanted to raise his family.

When he met Coach Anjo, they both knew they wanted kids. Even at a young age, he knew wanted a family and to provide a better life for his future kids.

When Mike realized his life was going nowhere, he used his “ticket out of town” enlisting into the Army.

Mike didn’t bother proposing but instead called Coach Anjo during Basic Training to tell her they would get married during his Christmas break. Shortly after graduation they were on their Army adventure that lead them to Germany and trying to start a family.

Once the initial shock wore off, he was excited to be a parent. He “knew he wanted to be present for his kids.” He knew he would be a provider and Coach Anjo would be a nurturer. Through their marriage their roles were unspoken, but over time they began to verbally discuss their roles.

As their family grew from one to four kids, “they continued to lead their lives for their kids.”

As he exited the military and left his corporate job for CrossFit, Coach Mike’s life and his family’s life changed. Moving from Austin to San Antonio, the Martinez family began their CrossFit journey.

Coach Mike found a new community bound together through fitness and healthy living. “Our CrossFit community is really our extended family. When you see Coach Mike at the gym, you are seeing what Coach Mike is at the dinner table, they are really seeing who we are.”

“The gym is an extension of our dinner table.”

What’s next for Coach Mike?

Now Coach Mike’s family is growing as his children grow up. For the future he sees his family expanding, kids going to college, having grandkids, and of course, CrossFit.