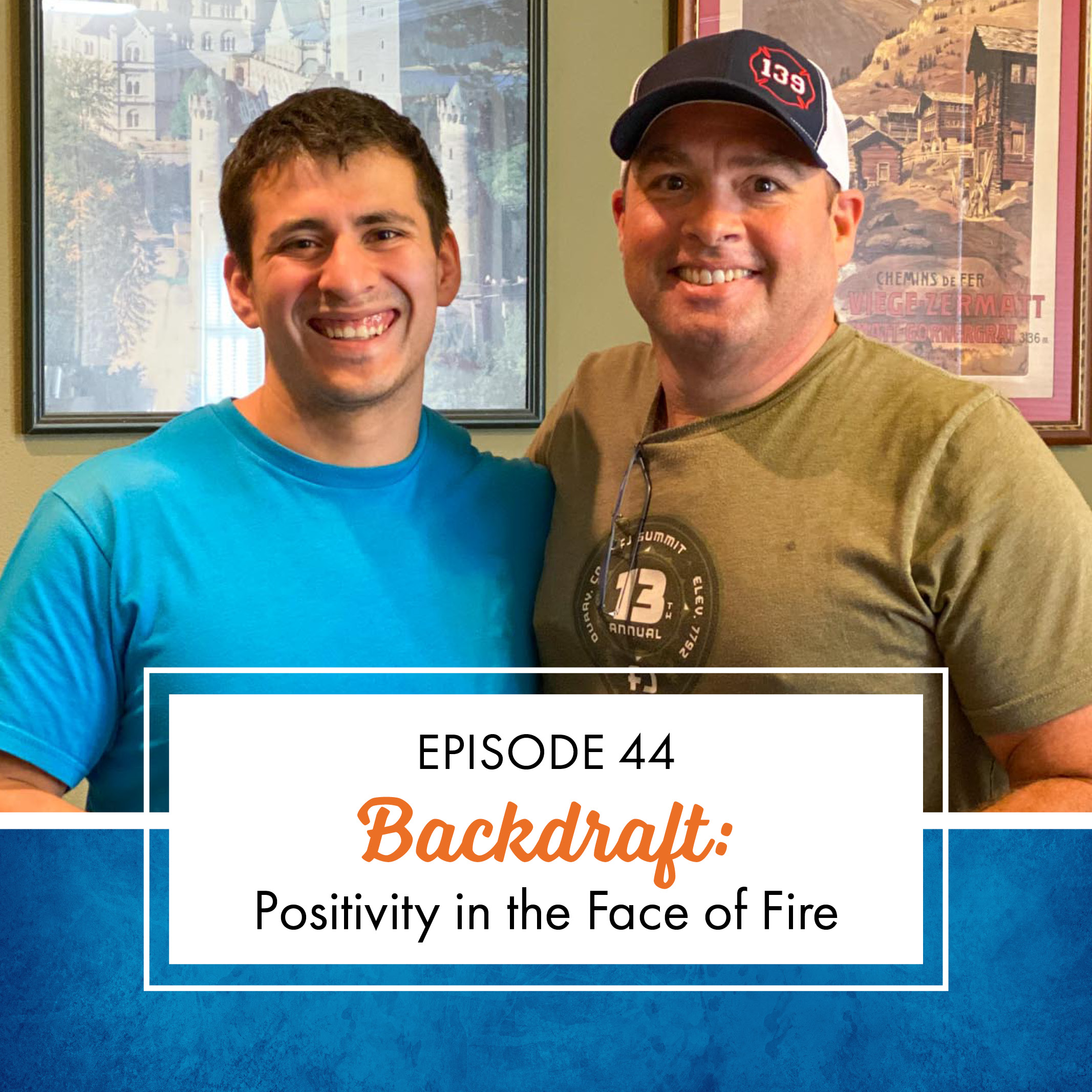 As a third grader, Jeff’s dream career was to be the guy who jumped off a truck. This meant his top 3 picks were a stuntman, firefighter, or garbage man. He chose to be a firefighter. From 3am calls about chirping smoke detectors to delivering babies, no two calls are the same.

Jeff aka “Backdraft” shares about both the physical and mental sides of his job. The adrenaline rush of entering a burning building, the difficult responsibility of delivering the news of a family member passing, and always being prepared for the next emergency. To hear the full episode, use the links above to listen!

Positivity in the face of Adversity

As a firefighter and EMT, Jeff sees a wide range of patients in need of medical attention. Jeff says the patients who have the mental toughness are usually the ones who will recover.

“A person’s mental state can overcome their physical state a lot of times.” -Jeff Keuper

It’s all about mental toughness and staying positive during adversity- whether it’s a medical emergency or your WOD at the box. Jeff likens his patients to CrossFitters. During WODs, if the fittest person doesn’t have the mental toughness, they won’t finish a workout. On the other hand, an out of shape athlete with grit will complete the CrossFit workout.

Jeff on the Job

Jeff, known as “Backdraft” at the gym, shares his memorable first patient, the mundane, and the most exciting calls he’s gotten.

The unglamourous part of the jobs are the calls about chirping smoke detectors. So they go to the house and change the batteries… at 3am. Not all “emergencies” are life threatening.

Working 48 hours on shift can be a hit or miss. Jeff says some shifts you might not get any calls, and some days there can be calls back to back.

“Being prepared for what’s next is a big part of our job.” – Jeff Keuper

Jeff recounts one call from a mother in labor. On route to the hospital, they had to pull over since the mother was going to deliver right then and there. Jeff is trained to help the mother in case of complications. But with a smooth delivery, “I’m just there to make sure the baby doesn’t fall off the table.”

More from Episode with Jeff

“Backdraft” shares the training to become a firefighter, EMT, and swift water rescue technician. Jeff talks about the bond he shares with his crew and how he deals with the passing of his patients. To hear more of his stories as a firefighter, click the links above to listen to the full podcast. If you enjoyed the episode, please don’t forget to leave a written review and five-stars wherever you listen to the podcast!