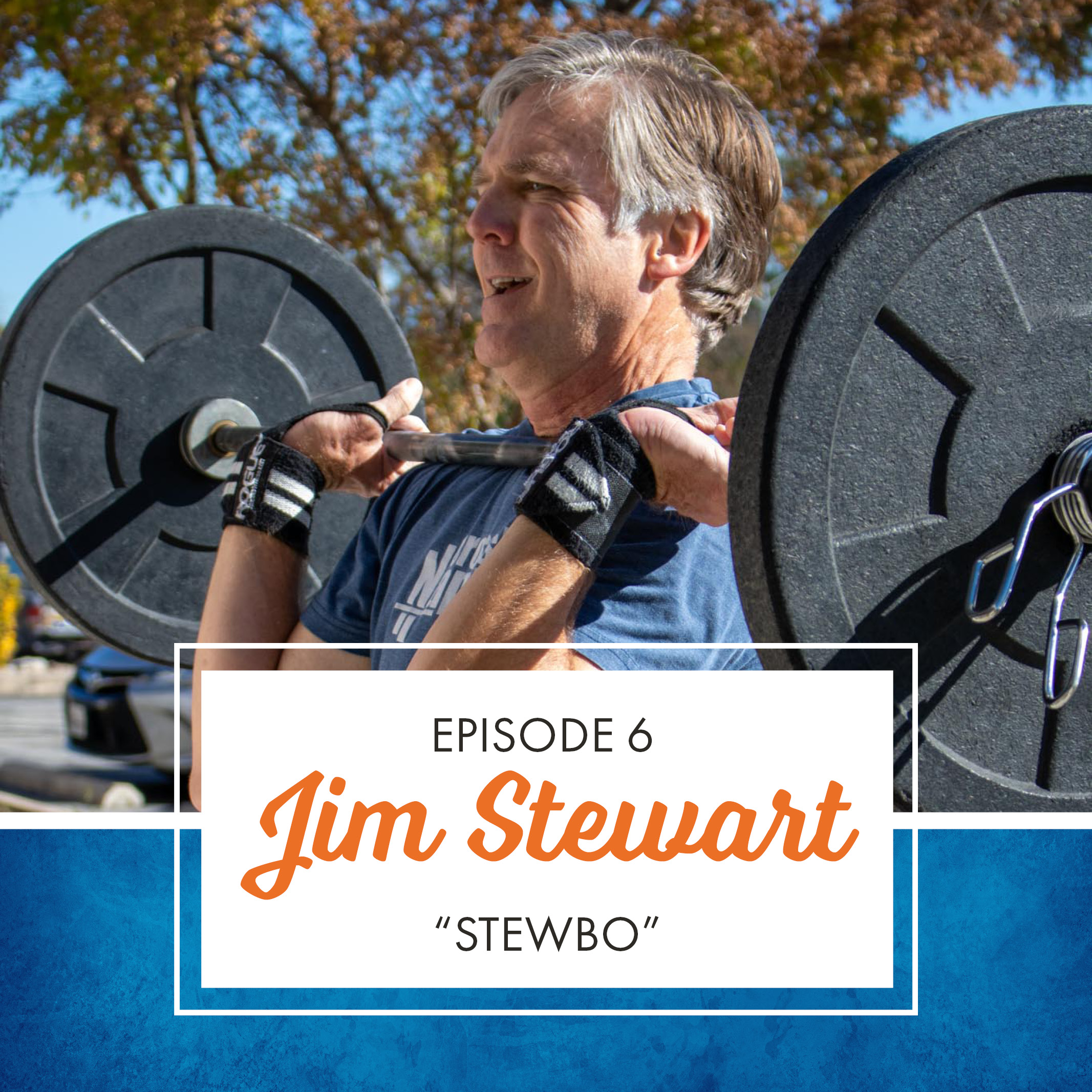 Jim Stewart talked to us about his life, losing his dad days before graduating high school, going to college, and the interesting jobs he’s had. While balancing raising his family and working on his career, he was a functioning drug addict. Jim told us his journey and the catalyst that made him stop and go to rehab. 28 years sober, he shares the advice he would give to someone who thinks they might have an addiction.

Jim Stewart has been CrossFitting now for ten years. It all started when his wife, Brend Stewart, told him to try it. His first CrossFit WOD was “Baseline”.

After his first workout, he was hooked.

“In CrossFit, it’s me competing with myself against a clock.”

Jim Stewart was born in San Antonio, but moved because his father was in the military. After his parents divorced, he settled back to San Antonio with his mom and siblings.

“I ended up taking a junior college scholarship to play basketball. About 10 days before I graduated from high school, my dad passed away. He was an alcoholic, never took care of himself. He was 52 when he passed away.”

“I thought I had it all together when I was 18 years old.”

A few weeks into the summer basketball junior college scholarship, Jim changes his mind, and enrolls at UT in Austin. “I proceeded to flunk out in a year and a half, and started my [drug] usage more and more.”

Jim Stewart marries his first wife and works at a store called Intelectrics (the sharper image before sharper image).  At the age of 21, he was on the road opening up new stores in different parts of the US. They would build out stores from an empty shell to a working store ready for business.

While being a father, working on his career, he was also a functioning drug addict.

“I went from drinking, smoking some weed- I started doing cocaine. That’s a deadend street. If you start going down that path, you are either gonna end up in prison or dead.”

“I always took care of my kids and my family first, but I was this functioning alcoholic and drug addict that had just started going off the deep end.”

After a long night of partying, he exchanged words with his fiancée, Brenda. She told him he had a decision to make and that she was not going to live like this.

That day he checked himself into rehab. “I truly believe that God led me to ‘dude you got a problem.'”

Jim Stewart’s Advice to Someone With an Addiction

“Every situation is different. If someone is thinking they have a problem. They need to talk to someone, whether it’s a spouse, friend, somebody at their church, somebody at their work. Somebody they feel comfortable with, who you trust, who is not going to judge you.”

“Some type of personal coaching, keep enjoying my family, keep growing my faith… maybe add 20 pounds on my deadlift…” and help Bobby aka “Urban Cowboy” count his reps when he works out!