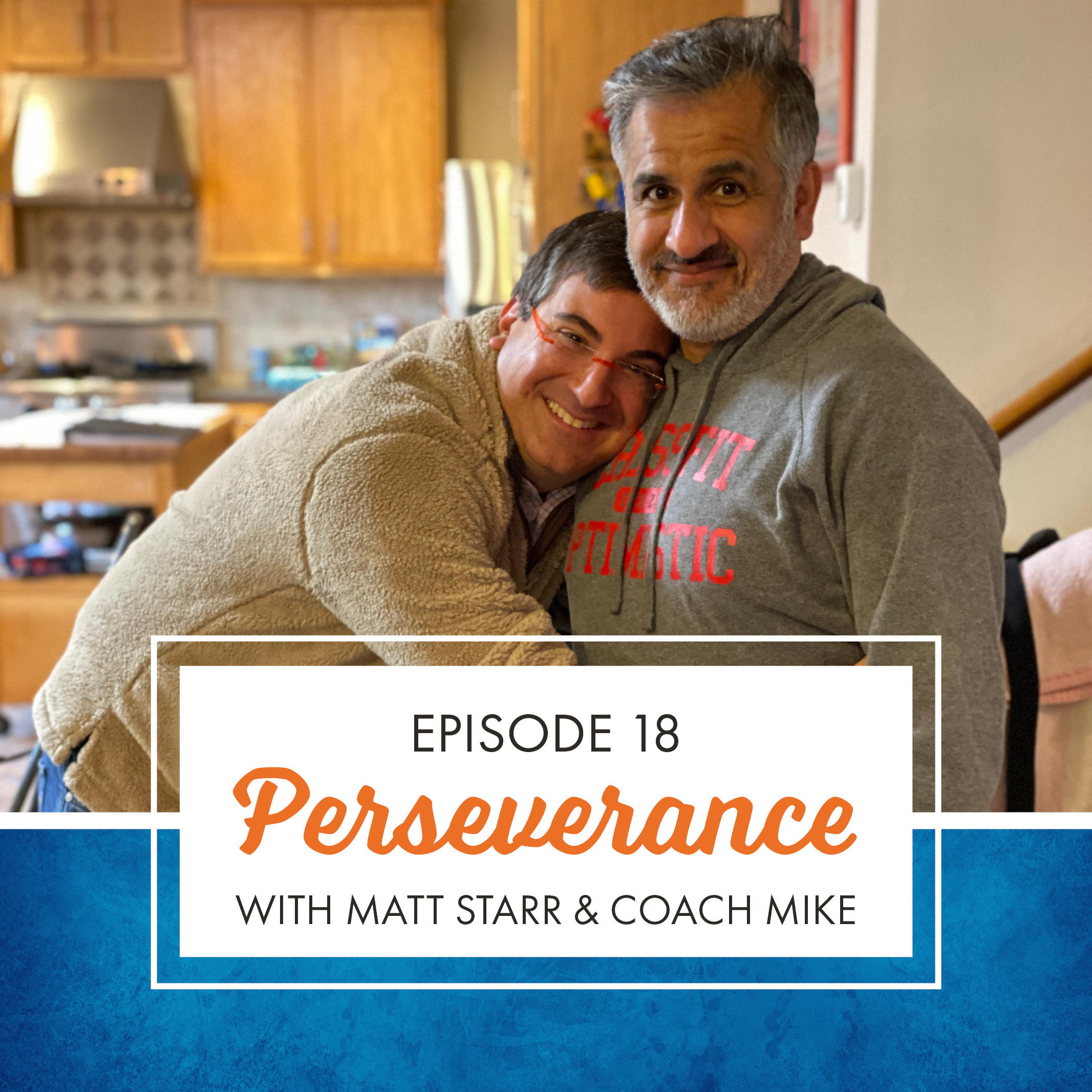 Matt Starr’s take on perseverance is that “Going through these tough times is that the only way to move is to move forward. You can only control yourself.” Coach Mike and Matt, an “OG” Optimist of over a decade, talk about persevering through tough times, whether its a 13.1 mile trail race, or the Coronavirus. They give thanks to all our nurses, doctors, firefighters, and first responders who are working hard during this pandemic. Matt gives a shout out to his sister, LFR, a staple at the noon class at North Central.

For over a decade Matt Starr aka “The Man Formerly known as Starr” has been CrossFitting and personal training with Coach Mike and Coach Anjo. It all started in 2008 when Matt’s therapist suggested he try CrossFit and from there, it became part of his routine. He regularly worked out five times a week and was introduced to the paleo diet and weightlifting. It was only a matter of time before his sister, Lisa, known as LFR at the gym, began CrossFitting.

Fundraising and Giving Back to the Community

Matt Starr has many philanthropic efforts at his own work and supported many fundraisers at the gym. Over the decade Matt has supported all of CrossFit Optimistic fundraisers starting with Victory 400, Fight Gone Bad in 2011, 2012, and 2015. Most recently he is supporting our three-person team competition called Robin Sage, a functional fitness event to raise money and awareness to the Green Beret Foundation, a non-profit in San Antonio. The event is slated for October 3rd, 2020 at Bedlam CrossFit.

More From the Perseverance Episode

Ready to hear more? The two go back and forth talking about their Bandera Trail Race and weave it into their discussion about COVID-19. They finish the podcast by thanking our medical professionals who are working hard to keep us healthy. Use the links above to tune in wherever you get your podcasts!