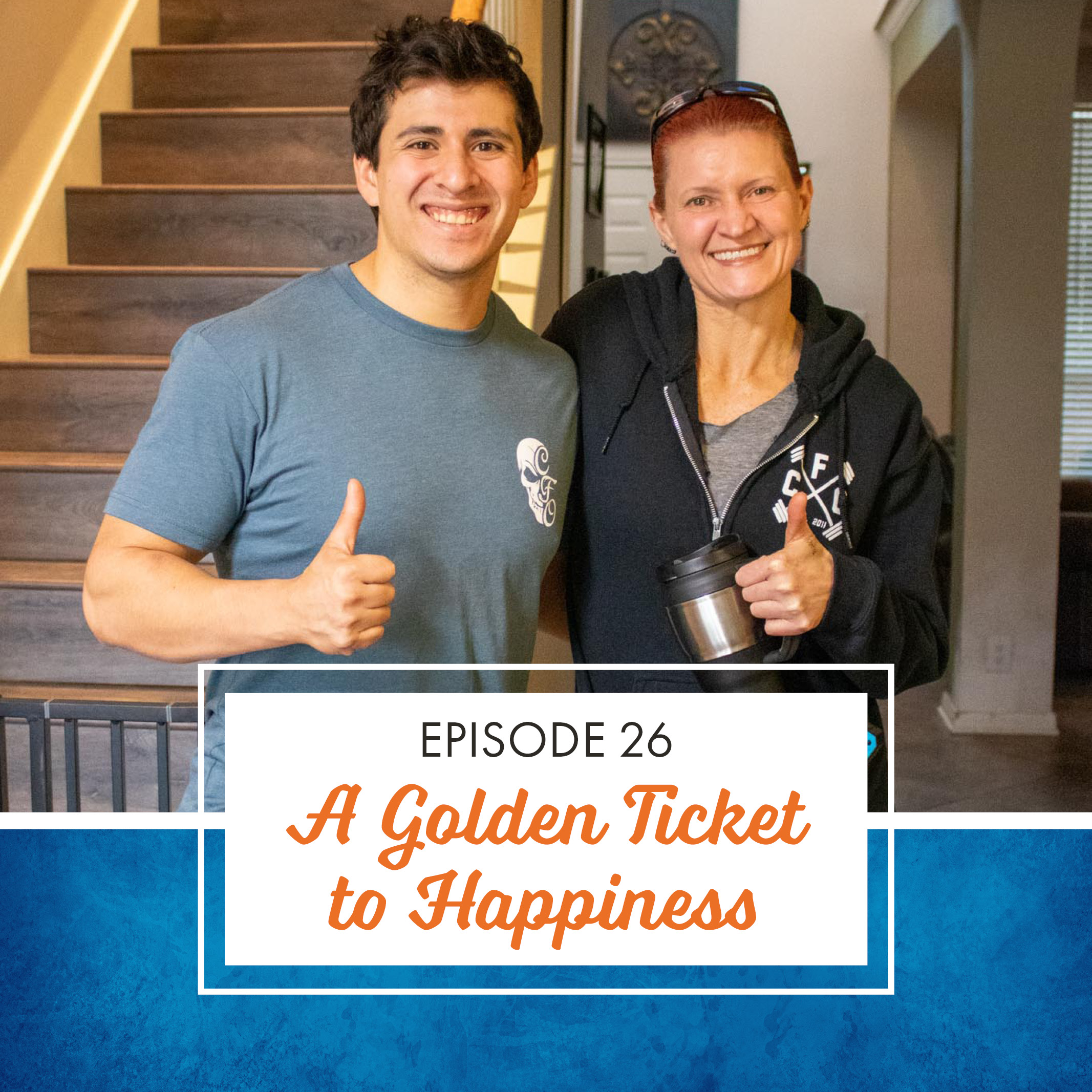 In 2010 Coach Rebecca Black unknowingly purchased her golden ticket… a groupon to CrossFit. From working at Lockheed Martin to DEFCON conventions spotting FBI agents, Coach Rebecca turned from running with hackers to training Optimists. She shares how she moved from a stressful job to one she loves, her passion for coaching, and being a vegetarian.

Rebecca Black wasn’t always a coach at CrossFit Optimistic. Before her “CrossFit life” she had tech jobs at Lockheed Martin and Quest Communications. She and her friends were some of the first on AOL and went to DEFCON before it became huge. They’d play the game called “Spot the Fed” at the convention. If you found him, you earned yourself a “I Spotted the Fed” t-shirt.

So when Rebecca and her husband moved to San Antonio for work, you’d never imagine she would leave her tech job to become a personal trainer- but that’s exactly what she did. Her tech job had become stressful and she was miserable, so when the layoffs started, she made her exit.

Coach Rebecca’s initial reason for getting into fitness was born out of her competitive spirit. On her friends’ annual camping trip, they had a two mile hike up the mountain. Every year, she was the last one to the top.

“This is the year I’m not gonna be last up the hill.”

While her clothes were getting washed in the laundromat, Rebecca went across the street to lift weights and ride a stationary bike. To Rebecca’s surprise her breathing improved and as an asmatic person who had been afraid of fitness, this was a huge win.

She enjoyed working out, went to the library to do more research, and became a personal trainer. When she got a Groupon for classes at Alamo CrossFit she loved it.

5 months into CrossFit she became a Level 1 CrossFit coach. A decade and many CrossFit certification later (including her CrossFit Level 3), she still loves it- the community, coaching, and workouts.

More From the Episode With Rebecca Black

Coach Rebecca shares what she thinks takes a coach from being good to great and why there is an unusual amount of respect for the female CrossFit athlete.

We couldn’t let Rebecca go without talking about her being a vegetarian: why she doesn’t eat meat, the common misconceptions, and her Netflix documentary recommendation if you want to learn more. Tune in to the podcast to hear all about Rebecca Black!