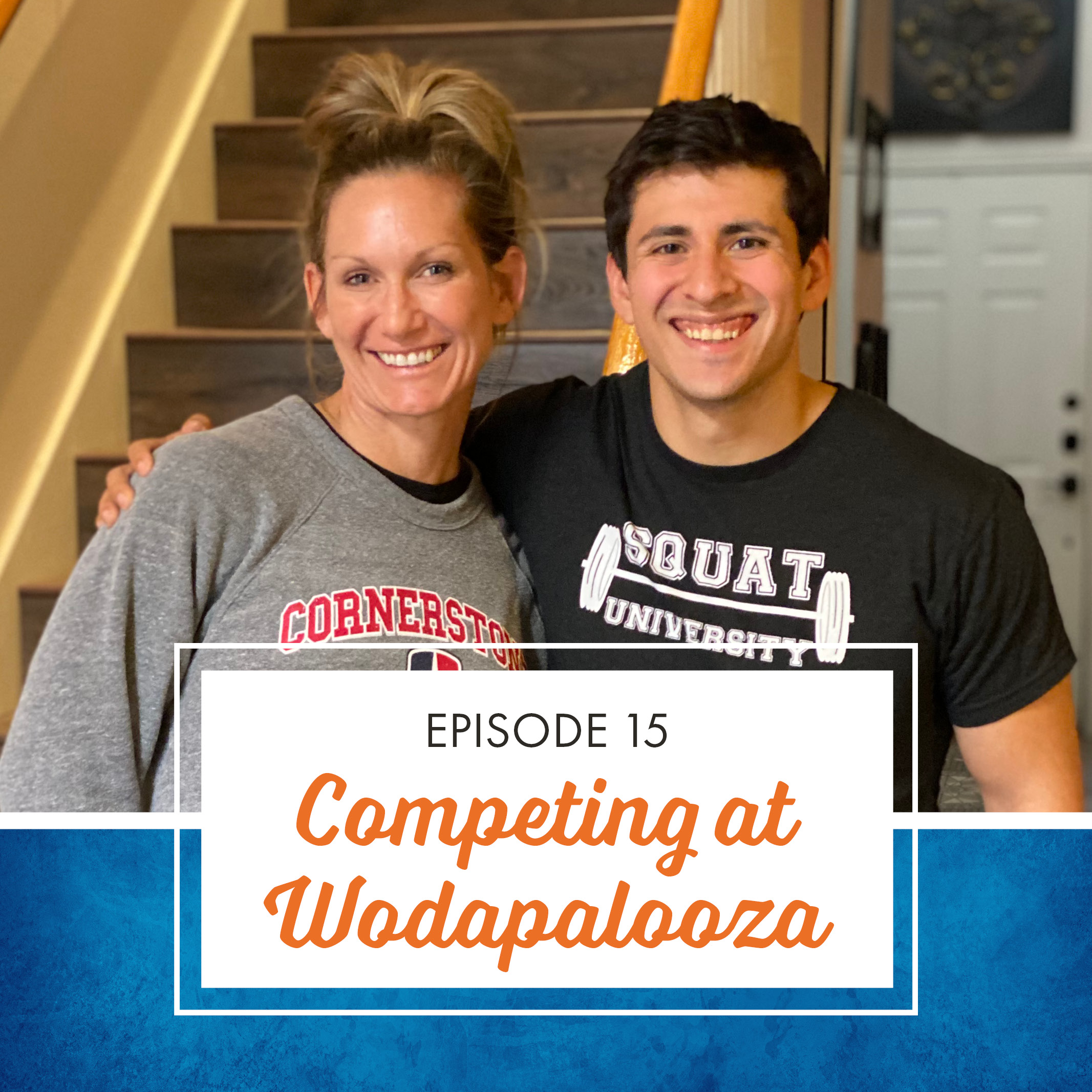 In February, Coach Kyla competed with a team of four at Wodapalooza, an official CrossFit Sanctional in Miami, FL. She gives us the full scoop on the experience – her seven weeks of training (no more soda!), what the workouts were like, Miami Uber drivers, and talking with Kari Pearce. Most importantly, Kyla shared the lessons she learned on the competition floor that she uses in her everyday life. She also reveals where the “Channel 4 News Team” placed!

After only a few months of CrossFitting, Kyla Riney was invited to compete and train on a competitive team at CrossFit Abilene. Fast forwarding after many months of training with her team and Roy Gamboa (a famous CrossFit athlete) she and her team qualified for the 2014 South Central Regionals.

In her 7 weeks preparing for Wodapalooza Coach Kyla dialed in on her workouts, nutrition, and mindset.

First, she did more training. While she did many workouts on her own she also worked out with the class. One of her biggest pieces of advice for athletes who want to be competitive is to continue to workout in classes. Kyla says she always works harder and pushes herself more when she is in a class than when she works out alone.

Second, she dials in her nutrition. Kyla is a “closet” soda drinker, so during her 7 weeks of training, she had to say goodbye to the Coke Zero! Along with that, she just had to be more stringent with her daily food intake while training.

Third, Kyla focused on her mindset. When mentally preparing, she had to maintain somewhat of a rigid lifestyle. That means Kyla had to be cognisant of not only her nutrition and programming, but the all the other little details. She had to go to bed early to make sure she got enough sleep, stay hydrated, and have the willpower to say no to food or activities in order to stay focused on her goals.

Lessons Learned Competing that Translate to Life Outside the Box

She passes on many lessons she has learned from being a competitive athlete to her kids. One of those lessons is being calm.

“If you cannot react and be calm and respond, you are going to have a leg up on anybody whether it’s in the workplace, in school, or with friends. In any intense situation, especially on the competition floor. I think in general, no matter what sport you play, it’s a good venue to learn that, in an environment where there are consequences when you lose your cool.”

Her second lesson is one she learned from her parents. After her last workout at Wodapalooza, she had to implement it on herself.

“Growing up in a competitive environment with golf and basketball and whatnot, my parents always told me ‘If you can’t fake joy, then just separate yourself’ because you’re not gonna be a punk when someone says ‘good game’ or ‘you played a good round of golf’ – you say thank you. And if you can’t do that sincerely then you just need to separate yourself.”

Unhappy with her performance in the last workout, she seperated herself from her team to cool down. And what she thought would be alone time turned into a conversation with 5-Time CrossFit Games athlete Kari Pearce.

To listen to the full conversation about Wodapalooza (and hear what she talked about with Kari Pearce) use the links at the top to listen on Apple Podcasts, Stitcher, or Spotify. And that’s not all Forrest and Kyla talk about! They dig into the Wodapalooza WODs like the open water swim, the row with a paceboat, and doing thrusters with the worm AND the Games athletes she spotted!