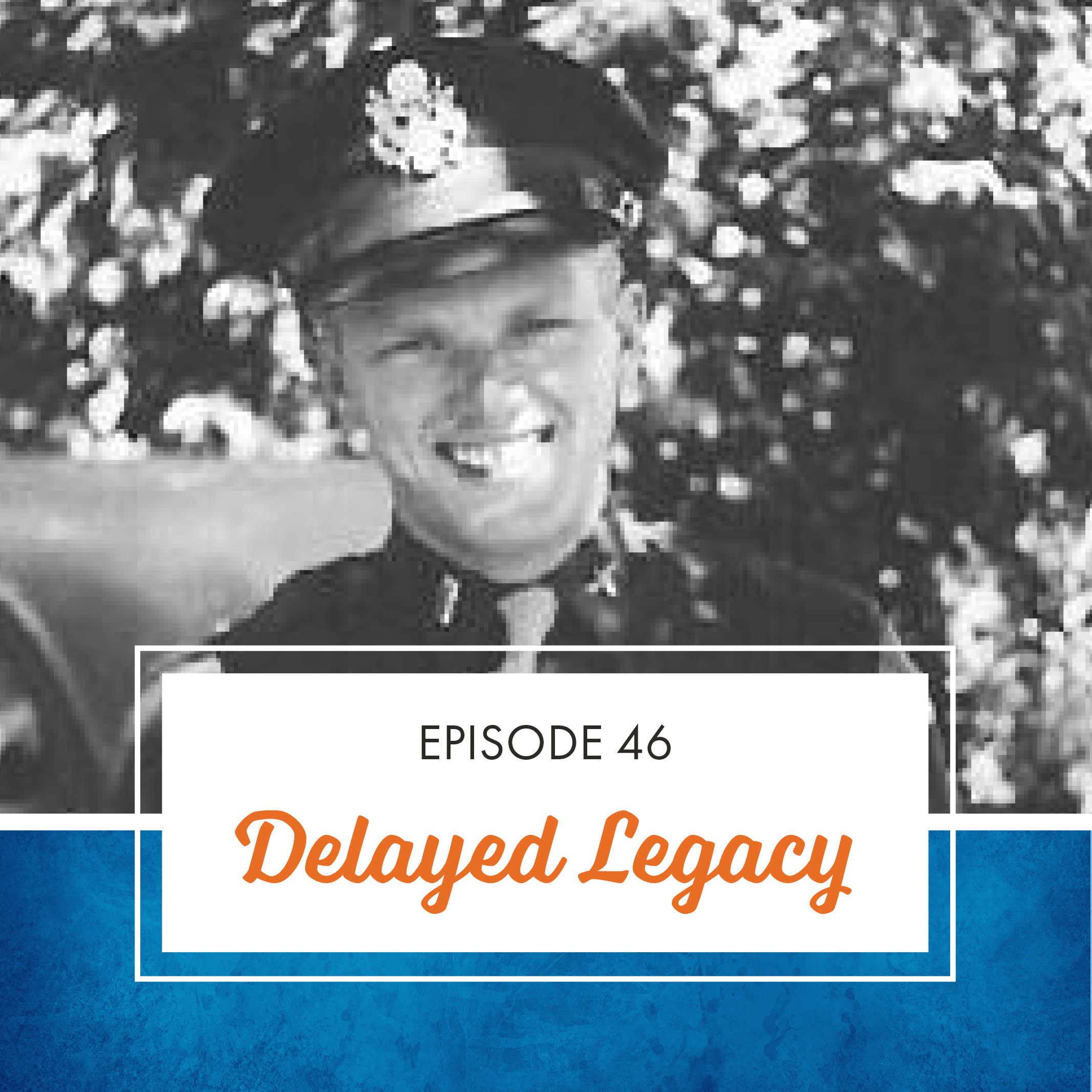 Conrad Netting IV shares the series of coincidences that lead him to learning about his father’s service as a P-51 bomber in WWII. His father died in France on June 10th, 1944 a month before Conrad was born. Almost 50 years later Conrad opened a footlocker with his father’s belongings from WWII and began his discovery of learning about his father and so much more. Read the show notes below or listen to the episode using the links above!

After returning from Iraq, Coach Mike heard about a new book called Delayed Legacy: A Son’s Amazing Search for the Full Story of his Father’s Death After D-Day. On Veteran’s day of 2005, Coach Mike went to Conrad Netting IV book signing at Borders. Shortly after, Coach Mike finished reading the book. On the inside flap he inscribed ““12-04-05 Wonderful story, heartfelt.” Little did they know that over a decade later their paths would cross again.

In 2019 an Optimist, Aden Stiles, known at the gym as “My Little Pony” was recounting the amazing story of his Godfather, Conrad Netting. A blast from the past, Coach Mike reconnected with Netting so he could share his story with the entire CrossFit Optimistic community.

For Memorial Day Murph 2019, Netting shared the journey of his learning about his father’s service in WWII. After hearing his story, not a dry eye could be found at the box.

Conrad takes us on a journey starting first with the footlocker. Packed lovingly with a million mothballs, it contained items such as his flight log and a pristine uniform. It had been in a leaky garage for 20-30 years.

In the flight log contained the epitaph from the friend and pilot who flew next to him the day he died. It read: “Today was Conrad’s last flight. He flew as a volunteer and in his eagerness to stop an enemy truck convoy from reaching the beachhead, he gave his life. I lost a very good friend today and the squadron will miss him as a valuable man. But it will be nothing as compared to the loss to Katherine and ConJon IV.”

Next he found 1,800 letters of correspondence between his parents. The love letters that detailed the personal side of the war. They kept communication almost on a day by day basis.

The third event was finding the pilot who flew next to Conrad Netting III. The man who was part of the “silent generation” spent three days with Netting filling him in on the military side of the war.

The next two events would take them from France and to England. Netting unlocked even more information about his father and WWII.

More from the Episode with Conrad Netting IV

This simple description of the incredible events does not do Netting’s story justice. Netting shares the experience of visiting the French Village where his father’s plane crashed, the dedication ceremony for his father’s memorial in the village, and more. Please leave us a five star rating and written review wherever you listen to podcasts.