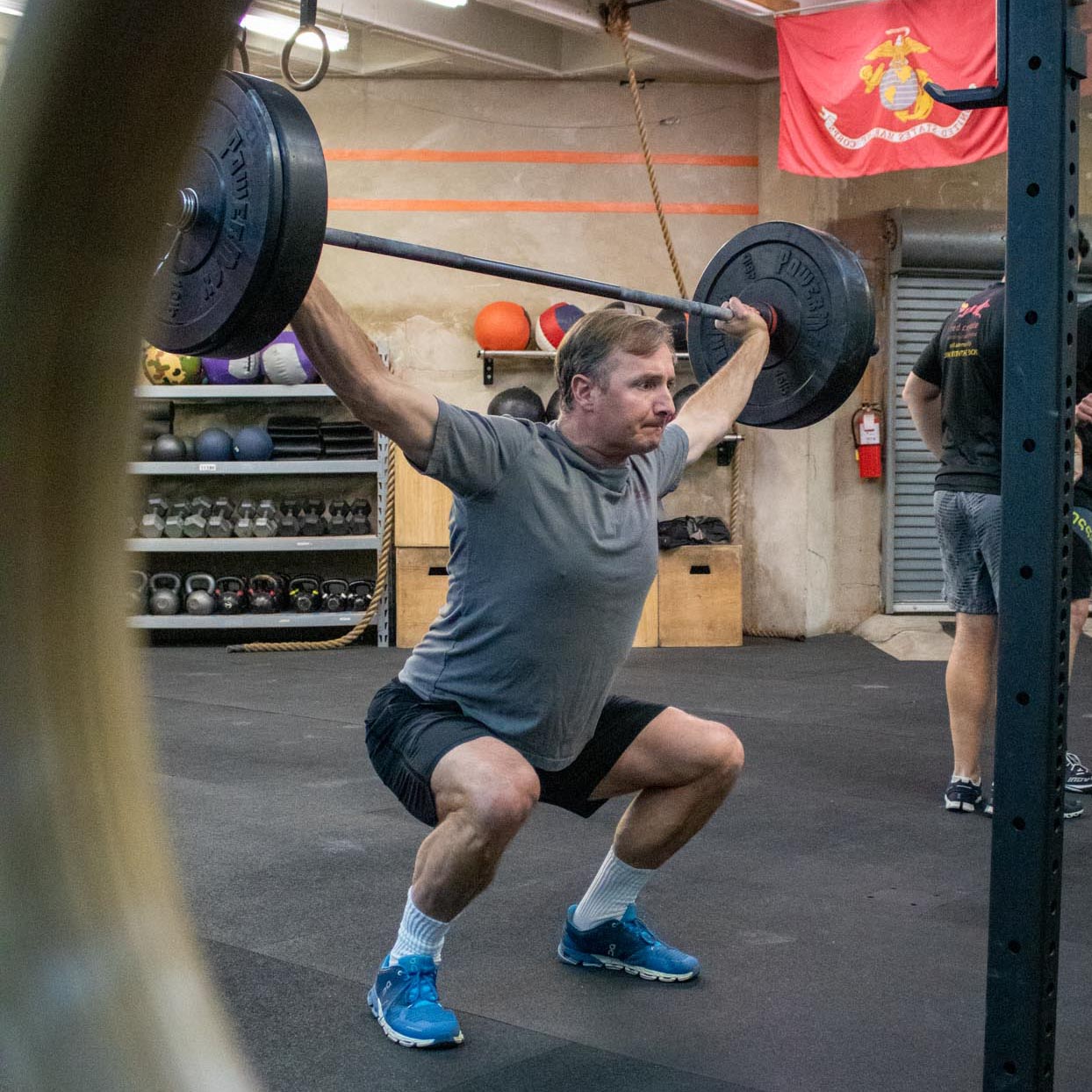 The squat is the first of the nine foundational movements in CrossFit. We squat, to some degree, in our daily movements. From squatting to pick up something off the ground like a bag of dog food to getting on and off a toilet seat or chair. Even when sitting on the ground with your legs crossed or out in front one must still rise from the ground with at least one leg bent at 90 degrees or more in order to stand up off the floor.

The CrossFit Level 1 Training Guide says of the squat as it relates to exercise and athletic ability, the squat is the quintessential hip extension exercise, and hip extension is the foundation of all good human movement. Explosive hip extension provides us the ability to perform and function in a myriad of activities from running to jumping. Also, along with some other exercises, the squat fires up our neuroendocrine response. In other words positive adaptations in the nervous system (from your brain to your peripheral nerves) and endocrine system (hormones) are derived from exercise.

Let’s be clear that injury can result with poor squat technique and subsequent poor performance. So how exactly do we squat? Let’s take a look at the three components of the setup.

Three Components to the Squat Setup

The feet should generally be at hip wide stance. Some athletes may have to adjust their stance a bit wider to achieve below parallel range of motion. This can be due to tight hip flexors, limited dorsiflexion or anatomical differences in the femur or tibia. The endstate is placing your feet in a position that allows for a full depth squat which is the crease of the hip below the top of the knee.

The last part of the setup is the tripod foot. With the foot on the floor and weight rooted in the heels we create a good arch in the foot. With the arch we create the tripod foot. The tripod foot consists of the heel, the base of the 1st toe and the base of the 5th toe firmly in contact with the ground. When squatting we should have our weight distributed on those three points. Ensuring weight distribution allows for maximum power and stability in our squatting. If our arch is collapsed or one of the tripod points is not in position we won’t maximize stability or power.

Part II of the Series

Keep these three setup components in mind the next time you squat. In part two of Coach Mike’s four part series he covers the movement phase of the squat. You can read part two here.